Hi friend! Today I’ll be sharing some of the top signs a coworker likes you, maybe even a bit more than you think! Because sometimes you’re maybe not sure whether the cute guy at work is into you or just being friendly…

One of the best places you can meet a really great guy is…(drum roll)…at work. Because you spend a lot of time with coworkers and communicate often, it’s only a matter of time before a connection starts to build.

However, it can get tricky at times. This is especially if you want to ascertain the kind of “connection” that is developing between you and him.

While he may be getting closer to you because he likes you, some other factors should be considered. For one, he could simply be the jovial type. Or maybe he simply likes you with no strings attached.

Moreover, it may be his way of being communal or perhaps, he’s just trying to be nice (yeah, nobody wants to be in that zone). When you consider these factors, then you will agree with me that it is fairly difficult to be sure whether he likes you or not.

Also, consider the fact that workers are expected to be professional in the discharge of their duties. That alone can make any guy who likes you to be cautious about revealing it, making it more difficult for you to see any sign.

Signs a coworker likes you

It’s understandable that you have certain reasons you want to find out if he is into you. Perhaps, you like him too. And by finding out, you could make things work out easier for both of you.

Or maybe you just want to find out on time so that you can withdraw from the relationship for the fear of unprofessional conduct that might result from such a (steamy) romance.

Whatever the reason may be, read on to discover 11 signs a coworker likes you!

If you have this guy at work who can’t stop staring at you, well… he probably likes you (or wants to kill you). But most likely the former. Check out if he tends to look away whenever you look towards his direction.

Yeah, the young man probably admires what he sees. But maybe he’s too shy to own up. There are other guys who may be bold enough to stare at you with more intent and focus. Pay attention to such too. It might also be an indicator of admiration.

For instance, if you’re talking to him, of course, it’s normal if he looks at you… But when he continues staring at you even when someone else is talking to him, then it’s obvious he likes you.

Another sign you should look out for is what his eyes look like whenever you catch him staring at you.

Are his eyes seductive? By seductive, I mean that particularly tender stare that is highly communicable. Does he stare at you in that manner?

Just so you know, it’s one of the major signs a coworker likes you if he stares at you in a way that’s different from how others look at you.

2. He Tries To Spend Time With You

One thing most people do when they like you is that they’ll try to spend more time with you. Guys are not exempted. In fact, they lead the pack. If he keeps trying to spend time alone with you, maybe he’s just picked interest and is trying to connect with you.

Surely, at your workplace, it’s normal if the management expects staff members to behave professionally by not loitering around.

But if you still keep finding yourself alone with him (in the car park, the reception, the meeting hall, the canteen, or any other place around that work environment), then it’s possible he staged such eventualities.

Yes, perhaps, he masterminded those meetings that seemingly happened by chance!

The reason you keep bumping into him everywhere is probably because he is seeking the opportunity to say hi. He may be willing to tell you something soon. Just watch out.

3. He Asks About Things That Are Not Work-Related

A male colleague who is into you will definitely attempt to build a rapport that is beyond work. If he keeps bringing up topics that are not related to work, then he probably wants to be something more than a coworker to you.

For instance, he may ask you what your favourite food is, or maybe the books you prefer reading, or maybe the music genre you love listening to.

Whenever he asks such questions, then it is likely that he wants to build a connection with you beyond work. And obviously, he wants to familiarize himself with you.

He may even get tempted to ask if you have a boyfriend. With such an audacious sign, you need no other pointer in order to know that he really wants something more from you.

However, mind you, he might not be that straightforward. Some guys will prefer to be subtle with such queries. For instance, if you tell him you went shopping with a friend, and he asks if that friend is a male, then he’s asking the same question.

He simply wants to know if you have a man in your life.

And as a matter of fact, such personal questions (that are not work-related) are clear signs a coworker likes you.

4. He Wants To Stand Up For You Whenever You Have An Issue At Work

This is one of the obvious signs that he not only likes you, but he also wants to prove it.

Now ask yourself; At your place of work, when you have any issue, is he always at the frontline to defend you or to stand up for you? Is he always willing to give a helping hand?

If he does, that means he is very protective. And that is what most guys do when they genuinely like a girl. They simply want to save the day by acting heroically.

Don’t be surprised, the reason he actually jumped at the chance of helping you might be because he wants to use that opportunity to mingle with you.

If you noticed such an attitude from a male coworker lately, then it’s possible he likes you even more than you might have thought.

Although dressing nice might just be one of his habits or lifestyle, it can also be a sign he likes you. This is especially if you noticed that he wasn’t a super-dresser initially, but only initiated that eye-catching fashion-sense almost at the same time he started getting closer to you.

In this case, he is probably trying to impress you. Almost every guy actually does this, especially if they’re in love. Just so you know, an average guy wouldn’t care much about how he looks if he has no girl to impress.

But as soon as he’s crushing on a girl…

You’ll see that monster swagger in him. That’s when you’ll see that the young man actually has fashion sense. Dolce and Gabbana would have nothing on him!

But, stay calm, because he will probably approach you soon. Will you give him the time of day? I hope so!

This is often unintentional. No matter how hard he may try not to let the cat out of the bag, his body language will betray him. So, you must watch out for those messages his body gives away.

Some of the tell-tale body language moves you should look out for are:

To be sure about these actions, observe how he interacts with other coworkers. If with others, he displays exactly what he does around you, then it’s probably his nature.

But if you notice any significant difference in his body language when he is with other coworkers, then he probably likes you.

7. He Always Compliments You

It’s important that you acknowledge this; most guys who are crushing on you will not want to reveal it, so they won’t compliment you often.

However, if you notice this particular male coworker who can’t help but compliment you, it means he really likes you. He probably can’t avoid saying those nice things to you. Mind you, generic compliments like “nice outfit” are not considered here. Anybody can give such a compliment.

Also, observe if he compliments you when he’s with others. If he does, then that’s a green light. A bright one.

8. You Have Inside Jokes

This is only obtainable if both of you are starting to get fond of each other. If you and a male coworker understand each other to the point that you make jokes that only both of you can understand, then the connection is there.

Moreover, if you both have good chemistry, he will always make you laugh. Of course, he will try to say things that will liven you up.

It’s normal for many coworkers (of the opposite sex) to flirt. This is because life in the office can get way too boring at times. To make things a bit lively, members of staff could have a stint of innocuous flirting going on between them.

However, a male coworker who is particularly interested in you will take it a step further; he simply can’t stop flirting whenever he’s with you.

Also, if he really likes you, then you shouldn’t expect him to flirt with any other female in the office. He will reserve that energy and time for you alone.

10. Other CoWorkers Tell You He Likes You

This is another indicator you should pay great attention to. Those coworkers you see as ignorant are actually not as dim as you think they are. They are just observing.

And in some cases, they may be in a better position to tell you if that particular male colleague likes you or not! This is because they can easily decode when there is sexual tension between two colleagues in the office.

Therefore, you won’t be necessarily wrong if you pay attention to what they have to say. Besides, you never know if he even told them he likes you!

11. He’s Jealous When He Sees You With Another Male Colleague

I’m sure you can relate to that feeling when you watch someone you like seemingly liking another person. That’s one of the most awful feelings anybody can experience. And it will cause a high surge of jealousy!

You just can’t help it. Well, that will be the same case with any male colleague who likes you at your workplace. He won’t be able to hide his jealousy if he sees you chatting with other guys.

You might be wondering if you can really tell when he’s jealous. Yep, you can. One of the ways to ascertain his jealousy is through his reaction just after he sees you with another guy.

He might start acting weird. He might be kind of moody or maybe obviously sad. And in some cases, he might even be bold enough to mention it to you.

Despite the fact that all the indicators given above are quite reliable, the best way to ascertain whether a male coworker likes you or not is by asking him if he does. But I understand, that’s easier said than done! Nonetheless, just keep paying attention to these signs and who knows, he might just let you in on his feelings pretty soon.

Please pin & share these signs a coworker likes you!

If you found these signs a coworker likes you useful, please take a moment to pin it to your relationships board on Pinterest. I would love your help in sharing this post! ✨ 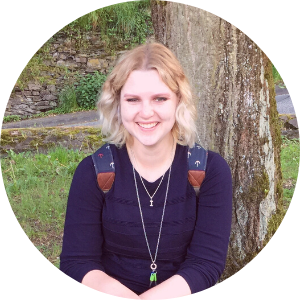 Your new online friend and personal development enthusiast. Welcome to my space where I share ideas about how to better your life and take it to the next level.